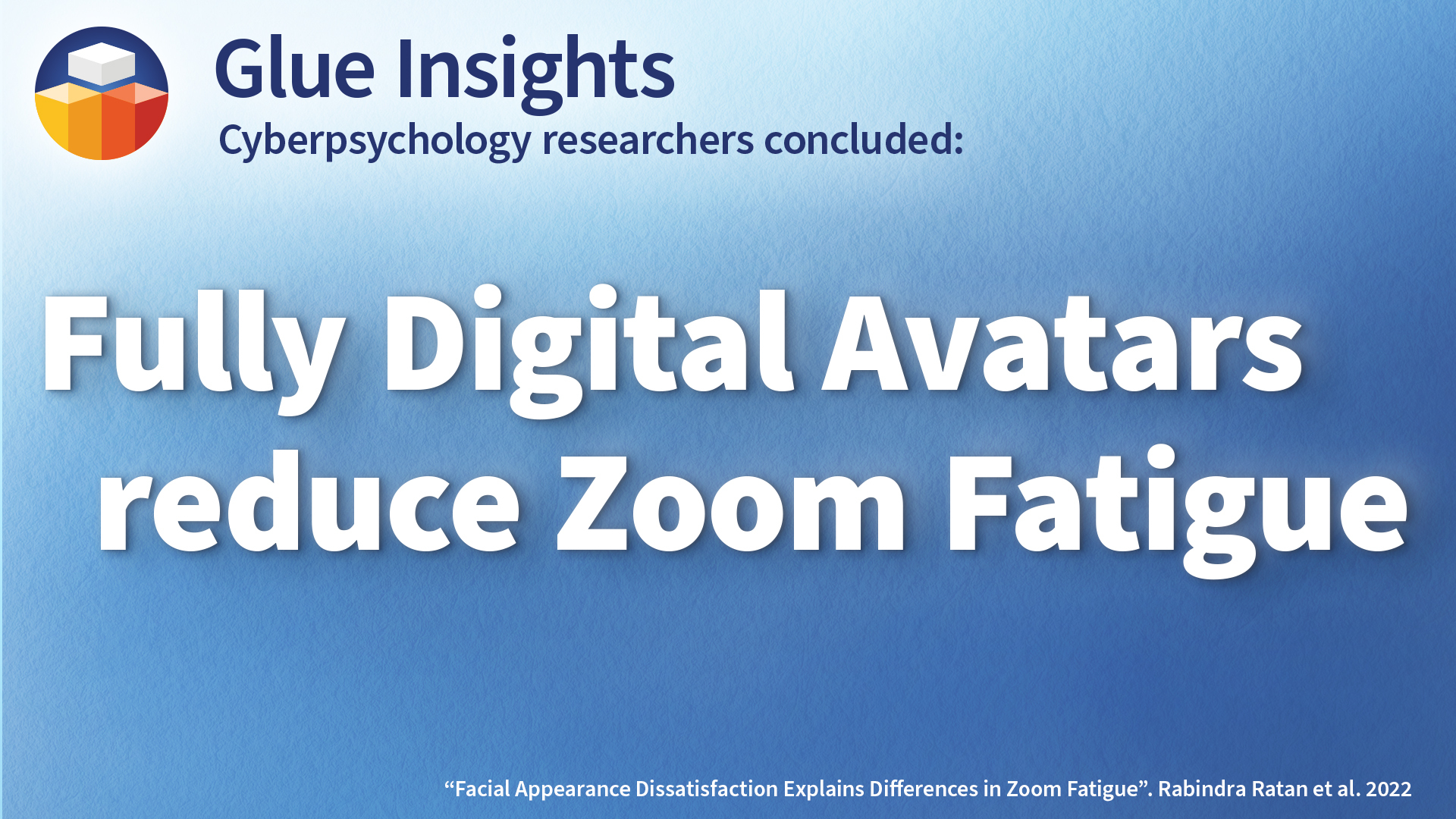 All remote workers are familiar with virtual meeting fatigue, also known as Zoom fatigue. One of the reasons why exhaustion happens during video conference calls is related to viewing self-video during meetings which causes facial appearance dissatisfaction.

In their study, Ratan, Miller and Bailenson suggest that remote workers can reduce facial dissatisfaction by fully digital avatars during virtual meetings as they state that avatars reduce negative self-focused attention meanwhile allowing users to interact verbally and non-verbally.

This is the insight that we had learned early on when we started to develop Glue. In Glue, AI-powered avatars mimic the head and hand movements of the users, providing a high level of non-verbal communication that video conferencing lacks. When using the avatar-based communication with a first-person view, you don’t see yourself during the meeting, which makes the situation similar to actual face-to-face interaction and makes you completely focused on the conversation, not on your appearance. Some of our users have also noted that having the meetings via avatars makes the collaboration less consuming for your social and cognitive load, enabling you to be more productive for longer.

These benefits are significant for the overall productivity of remote work and that is one of the main reasons why companies are now implementing immersive, avatar-based virtual meeting tools for their remote teams.